Jakarta (ANTARA) -
The United Nations Educational, Scientific and Cultural Organization (UNESCO) has praised Indonesia's cultural policy during the 7th Ordinary Session of the Conference of Parties to the UNESCO 2005 Convention on the Protection and Promotion of the Diversity of Cultural Expressions, held in Paris.

UNESCO noted that Indonesia has shown extraordinary progress in the cultural field by implementing the UNESCO Convention 2005, which it ratified in 2012.

"Our law, namely Law No. 5 of 2017, which serves as a foundation for our country and culture, is one of the significant acts to maintain the state and nation," he said.

The government also plans to measure the cultural development index. To that end, the Education and Culture Ministry, in collaboration with the Central Statistics Agency (BPS) and other relevant ministries, has prepared a system to measure welfare and education levels, as well as indicators of other social progress.

Meanwhile, Director General of Culture of the Education and Culture Ministry, Hilmar Farid, said Indonesia is considered capable of setting an example for other countries in the cultural field, and in providing evidence to parties that still doubt the benefit of investing in the cultural field. 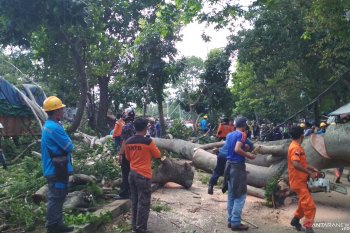