"We urge Mrs. Susi Wu to stop the contest because it is dangerous to its participants unless they are professional," spokesman for the Singkawang Regional Conservation Section Antonio Marques said on Tuesday, referring to a local legislative assembly member-elect.

The BKSDA Office in Singakawang has made every effort to catch the crocodiles since 2014 on the grounds they have caused unrest to the people living near the riverbank, he said.

In fact, some time ago the office has also set a trap in one of the places in the river where the crocodiles often emerge, he noted.

"However, we have not been successful because no crocodile entered the trap," he remarked..

In anticipation of undesired thing before the crocodiles are successfully caught, the office has put up an announcement board warning local residents against carrying out activities near the river.

"Based on the results of the survey we have conducted in the past week, there are three places where the crocodiles often emerge," he said.

He predicted four crocodiles inhabit in the river, with each of them being two to three meters long

Chief of the Singkawang Police Resort Adjunct Senior Commissioner Raymond M Maseng said nobody is allowed to catch and keep the protected animal. "Therefore, we have summoned the resident who plans to organize the contest and we asked her not to do that," he said.

The BKSDA Office in Sngkawang has taken steps to handle the crocodiles through preventive approaches since they have caused public unrest.

He said he did not want the local residents to take an unlawful action including organizing the contest. 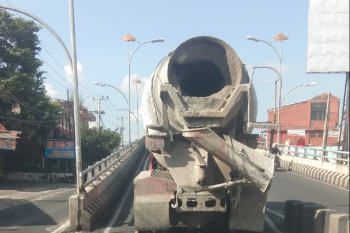 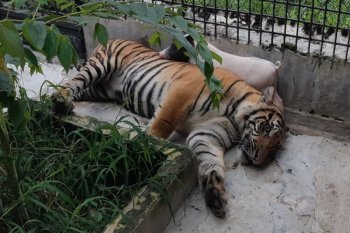