Palembang, S Sumatra (ANTARA) - Death toll in the Sriwijaya Bus accident reached 35, as the search operation of the search and rescue workers continued Thursday morning amid no official manifest, thereby making it difficult to give a definite count.

According to Head of the Palembang Search and Rescue Agency's Operational and Preparedness Division Benteng Telau, seven other bodies were found inside and outside the bus on Wednesday. Several bodies drifted along by the currents of Lematang River.

The ill-fated passenger bus plying on the Bengkulu-Palembang route plunged into an 80-meter-deep ravine and crashed in the river near Pagaralam City, South Sumatra Province, on Monday evening. However, the search and rescue operations were conducted on Tuesday.

Telau remarked that all bodies found on Wednesday were sent to the Besemah Public Hospital in Pagaralam City, and the SAR workers continued their search and evacuation operations on Thursday at 7 a.m. local time.

The number of dead passengers could likely rise since the South Sumatra Police revealed that the bus carried 54 people, he stated, adding that both the dead victims and survivors were largely residents of the provinces of Bengkulu and South Sumatra.

Among the dead passengers were children: Rayhan Ghani (3), Ayu Intan (9), and Fadhil (10), as well as the bus driver, Fery, and his assistant, Yuda Sanjaya.

As reported earlier, the Sriwijaya Bus that crashed into the ravine carried onboard 37 passengers. However, the actual passenger count was yet to be precisely known in the absence of an official manifest.

The real causes of this fatal accident have yet to be publicly disclosed since the local police's investigation is still underway.

In the past fortnight, Indonesia has borne witness to several fatal traffic accidents.

On Saturday evening (Dec 21), for instance, the Argo Parahyangan passenger train hit a van that was making its way at a railway crossing on Bosih Road in Wanasari Village, Cibitung Sub-district, Bekasi District, West Java Province, killing seven passengers in the car.

"All of them died at the site of the accident," Bekasi Metropolitan Police spokesman Adjunct Commissioner Sunardi stated.

According to eye witnesses, the ill-fated van's driver, Bahrudin, crossed the railway line despite being warned by local residents of the shortly arriving Argo Parahyangan train heading to Jakarta, he remarked. 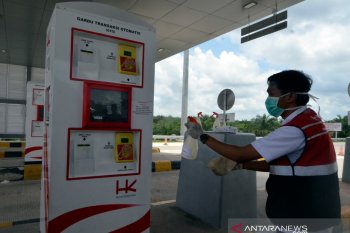