Jakarta (ANTARA) - Indonesia and Malaysia, dominating the global palm oil production, are reeling from the EU's recent ban on palm oil-based biofuel in its members that can have wide-ranging ramifications, considering the commodity's economic and social significance.

The decision was taken by the European Parliament despite being fully sentient of the impact of its block on Indonesia and Malaysia's CPO, considering that palm oil constitutes their key agricultural export,  according to a report by the European Parliament in 2018, palm oil constituted some 10 and five percent respectively of Indonesia and Malaysia's exports.

Furthermore, the livelihoods of scores of smallholders and workers in Indonesia and Malaysia are at stake, with their entire communities totally depending on palm oil. The European Parliament recorded that the industry provides employment to four million Indonesians while 721,000 smallholders and workers in Malaysia also depend on the palm oil sector.

According to a report appearing on its official website (http://www.europarl.europa.eu) in 2018, 11 million in both nations are also indirectly dependent on the palm oil sector. Undeniably, the Indonesian government's contention is that the palm oil sector has apparently contributed to developing the rural areas and eradicating poverty.

Despite its acknowledgement of the sector's economic and social benefits, the European Parliament has continued to forge ahead with its decision to block the use of the commodity in motor fuels from 2021 that has apparently upset both Indonesia and Malaysia. Environmental concerns and the European Union's aspirations to realize its climate goals are the key factors behind this decision.

In fact, the matter of the so-termed "unsustainable palm oil production" that is alleged to have led to deforestation and habitat degradation has been a topic of heated debates within the European Parliament.

Two years back, the European Parliament's plenary session gave its approval to a solution drafted by Katerina Konecna representing the Confederal Group of the European United Left - Nordic Green Left.

"This is the Parliament's first resolution on this issue, and it is up to the Commission how it acts upon it. However, we cannot overlook the issue of deforestation that poses a threat to the Global Agreement on Climate Change COP21 and UN Sustainable Development Goals," she was quoted by the European Parliament's press statement published on April 4, 2017 as saying.

The European Parliament members have countered that 46 percent of the EU palm oil imports were directed to biofuel production, necessitating the use of some one million hectares of tropical soils.

In the face of the EU ban on the use of crude palm oil for biofuels, Indonesia has made all-out efforts to safeguard its national interests.

"We should all stand firm against several countries' discrimination against our government in tackling this CPO issue," he emphasized.

While visiting Labuhan Batu, one of Indonesia's key palm oil producing centers owing to the presence of state plantation company PTPN III, Pandjaitan affirmed that Indonesia will take to task all parties that pose a hindrance to the nation's palm oil products.

The government has maintained an unwavering stance in protecting the nation's palm oil industries since they significantly contribute to the efforts to reduce the poverty rate and create jobs. Hence, if the European Union were to implement its ban, the Indonesian Government has outlined several alternatives, comprising its plan to file a complaint with the WTO and withdraw from the Paris Agreement.

Responding to the EU's discriminatory decision, Indonesian House of Representatives speaker Bambang Soesatyo has criticized the decision, claiming the EU to have shown double standards in placing a ban on Indonesia's CPO commodity.

The House backs the Indonesian government's requisite measures, including the likelihood of lodging a formal protest with the World Trade Organization (WTO). The House and government must adopt a unified stand in facing this challenge, Soesatyo opined.

Soesatyo highlighted the importance of sustaining sound ties with other nations, though never at the cost of the interests of the country and its people.

The eminent Golkar Party politician also dropped hints of a retaliation policy being applied against products of EU member countries against this ban.

Indonesia's discontent to the EU's discriminatory decision had earlier been expressed by Vice President Jusuf Kalla, who cautioned the EU not to impose a discriminatory policy on Indonesian crude palm oil and its derivative products.

"Do not discriminate against (our palm oil products), as we too can adopt a similar policy. We warn Europe that we are one of the main buyers of their Airbus, for instance, by Garuda, Lion Air, and others," Kalla had noted last year.

The vice president emphasized that Indonesia would halt imports from European countries if the ban on crude palm oil as a motor fuel continued.

Disparate to the possible government measures to face the EU ban, Faisal Basri, a senior economist at the Institute for Development of Economics and Finance (Indef), expressed disagreement to the retaliation policy in response to the CPO ban issue. In its place, he has put forth a suggestion for Indonesia to solve the issue diplomatically by engaging the Foreign Ministry.

"Hence, let us rope in the Foreign Minister Retno Marsudi to work towards resolving the issue since it entails interstate negotiations," he had recently remarked.

Basri opined that, as a diplomat with a high reputation, Marsudi can be instrumental in having a positive influence on the negotiation process, for which the palm oil issue must be solved solely through the Indonesian Foreign Ministry.

If Indonesia adopts this diplomatic approach, other cabinet members, including Coordinating Minister for Economy Darmin Nasution and Coordinating Maritime Affairs Minister Luhut Binsar Pandjaitan, should steer clear from commenting on the issue, he affirmed.

Basri believes that Indonesia should avoid taking retaliatory measures by halting the imports of certain products from EU member nations since Indonesia too will have to bear the brunt of that decision. 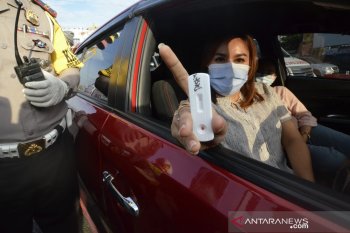 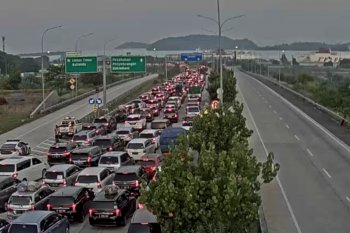 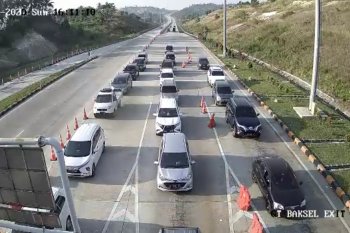 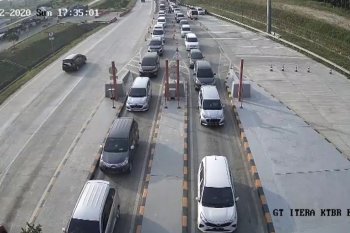 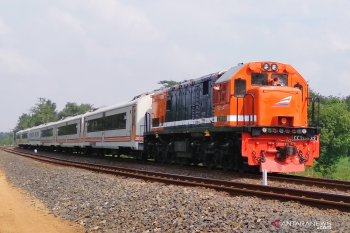